What would you do with a two-dollar bill? A campaign of congrats to Oregon businesses

We believe in congratulating successes. We enjoy random acts of kindness. And we think small acts can make a big impact – over time and with collaboration. 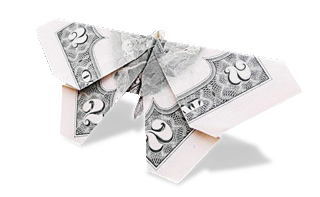 So when we saw clients and friends listed in Oregon Business magazine’s Power Book, we decided a pat on the back was in order. Thinking on what would be a nice gesture, the obvious was a […]

To get messages into the community, we’ve come a long way from the town crier or Paul Revere on horseback. We’ve even come a long way from when a newspaper ad would reach most of the people you wanted to reach. We now have, literally at our fingertips, the power to broadcast information across the world via a variety of channels.
With everyone shouting out messages everywhere we look, it’s no secret consumers are […]

Community Leaders Together: Have you seen these ads? 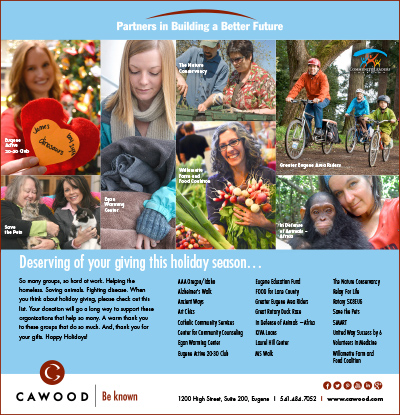 Don’t get Dana started on chimps unless you’ve got some time. Suffice it to say she cares a lot about chimps, and their plight in the world.
In the year and a half that I’ve worked at CAWOOD, I’ve learned more about chimps than I ever thought I’d know. And I’ve come to realize that I’m surrounded by co-workers who are driven to do some good in the world. Yet each person’s passion pulls […]

The making of the CAWOOD Holiday Video

Have you watched our 2013 holiday video yet? If not, check it out.

And what did it take to make this magic happen, you ask?
Dana, our video producer, and Cari, our art director, spent time up front to brainstorm concepts, think, plan, write, revise, set up and rehearse shots. The shoot itself goes smoothly if you’ve prepared. Dana and Cari are pros, and this was some serious business, as you can see in this little bit of behind-the-scenes footage… 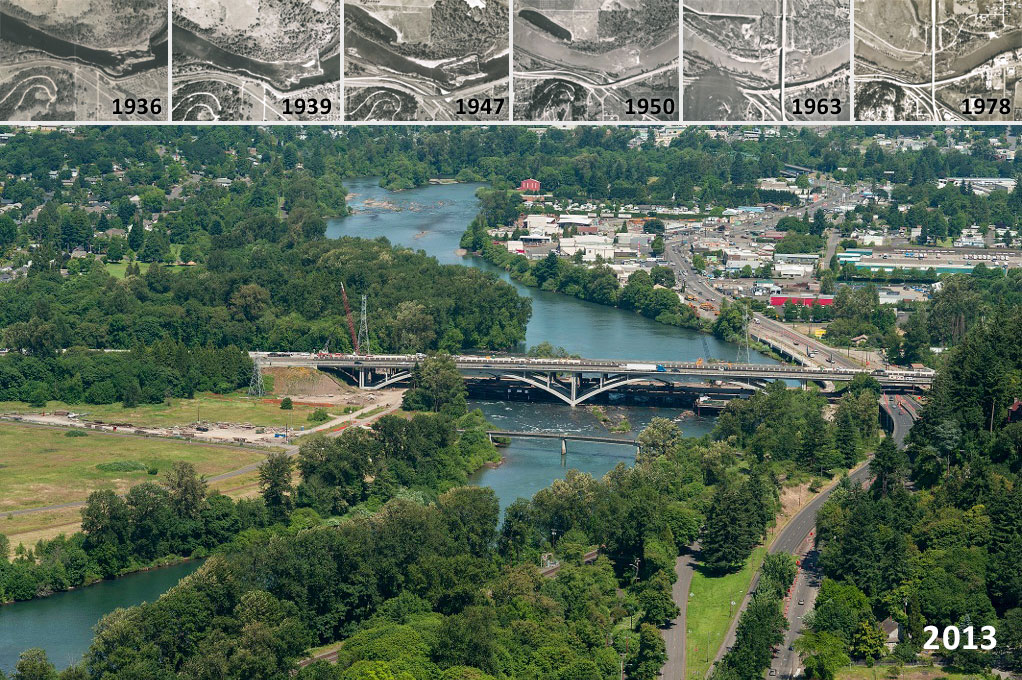 Will tweets influence TIME’s Person of the Year?

This year TIME is partnering with Twitter to help it select the Person of the Year for 2013.  Good idea or bad one?

Time notes that “As always, TIME’S editors will choose the Person of the Year, but that doesn’t mean readers shouldn’t have their say.” Voting closes at 11:59 p.m. on Dec. 4, so you still have time […]

5 things to look for in a social media marketing consultant 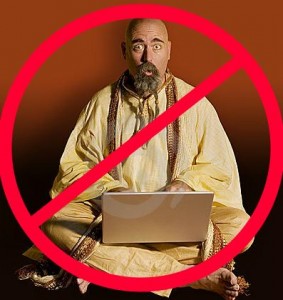 You’re working on your 2014 marketing plan and have some budget available for social media. The problem: You have no one on staff who knows much about social media, aside from occasionally posting to their own Facebook page.
What you need is a social media marketing consultant. But with so many people and agencies promoting themselves as social media “gurus,” how do you […]

Filling buckets with 100 weeks of CARE 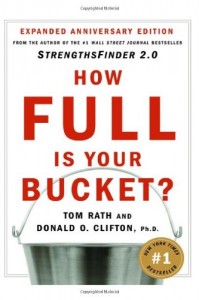 “We experience approximately 20,000 individual moments every day,” writes Tom Rath and Donald Clifton on page 40 of How Full is Your Bucket? The crux of the short, easy-to-read book is that each of those moments offers us an opportunity to brighten someone’s day or to drain it. Imagine everyone carries a bucket, and our interactions with others either fill the bucket (positivity) or […]

My vote for worst commercial of 2013

Like many of you, I get up to grab a beverage or turn my attention to my smartphone when commercials interrupt my favorite TV program. But one brand’s ad recently caught my eye – for all the wrong reasons.
Domino’s latest campaign shows a less-than-proficient employee attempting to take orders over the phone. As you can see in the ad, if you […]

5 steps to a social media strategy

I was reviewing a potential client’s social media campaigns last week and was struck by the wide range of post topics.  Many had nothing to do with the business, its services, it’s people or its target audience’s interests. It appeared that the goal was to use social sites to attract an audience – any audience. There was no rhyme or reason to the type of content or the social networks used. Most importantly, no real dialogue was happening.
If you’re in […]